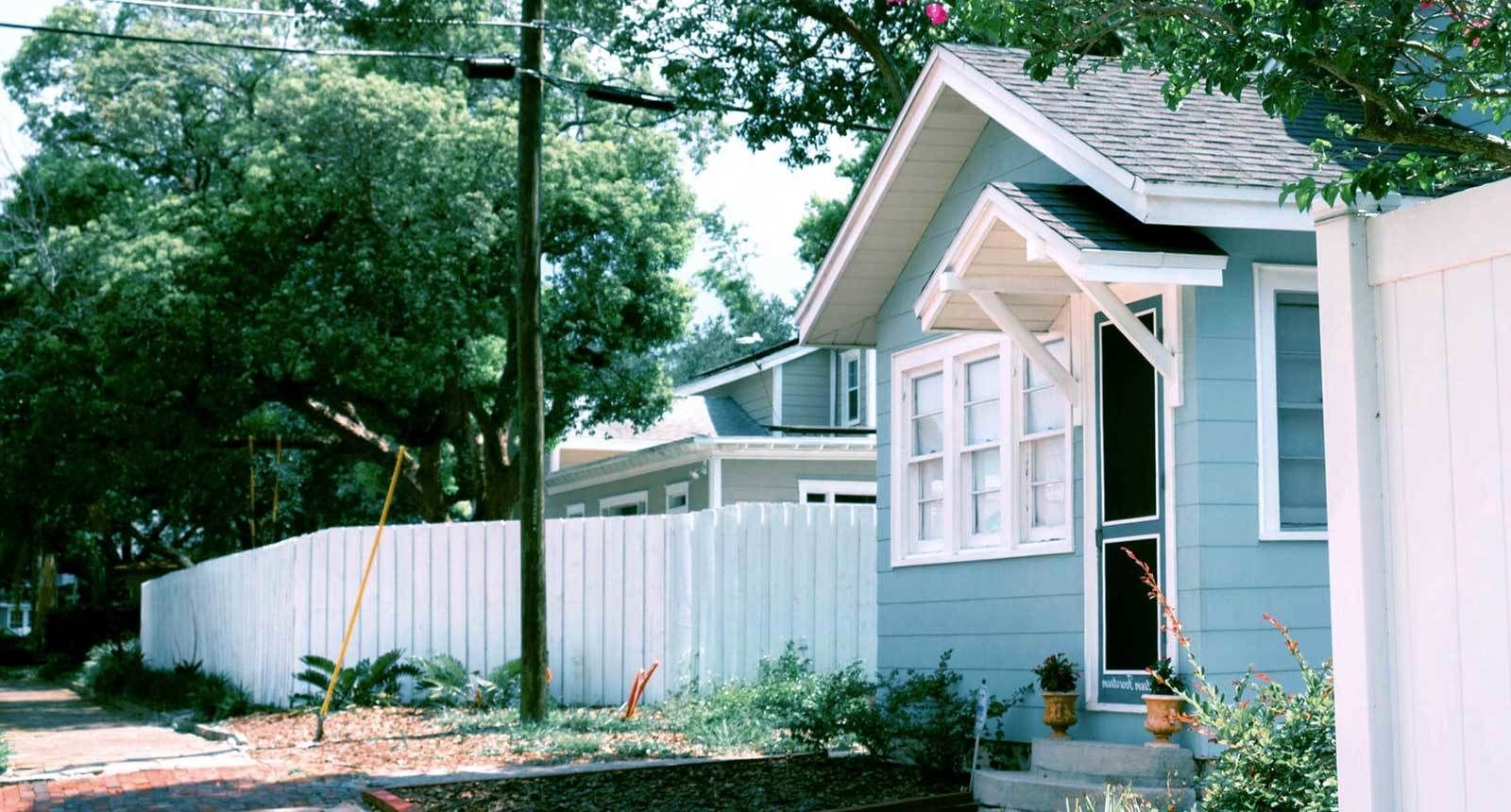 1992-The Alabama Assocation of Habitat for Humanity Affiliates is created by the 13 original affiliates in the board room of the Alabama Housing Finance Authority in Montgomery.

2012- The Alabama Habitat State ReStore is opened at 3831 Pepperell Parkway in Opelika, Alabama

Along the way, we’ve developed countless partnerships with donors, volunteers, and other like-minded businesses and organizations all across the state who have given of their time, talents, and monetary resources to further this very worthy cause.  Those who volunteer and support the Alabama Association of Habitat Affiliates are making a real difference in the lives of Alabamians, and for that we say, THANK YOU!!

The concept that grew into Habitat for Humanity International was born at Koinonia Farm, a small, interracial, Christian community outside of Americus, Georgia.Koinonia Farm was founded in 1942 by farmer and biblical scholar Clarence Jordan. The Fullers first visited in 1965. They had recently left a successful business and an affluent lifestyle in Montgomery, Alabama to begin a new life of Christian service. At Koinonia, Jordan and Fuller developed the concept of "partnership housing." The concept centered on those in need of adequate shelter working side by side with volunteers to build simple, decent houses.

The Fund for Humanity

The houses would be built at no profit and interest would not be charged on the loans. Building costs would be financed by a revolving fund called “The Fund for Humanity." The fund's money would come from the new homeowners' house payments, no-interest loans provided by supporters and money earned by fund-raising activities. The monies in the Fund for Humanity would be used to build more houses.

Inception of Habitat for Humanity

In 1968, Koinonia laid out 42 half-acre house sites with four acres reserved as a community park and recreational area. Capital was donated from around the country to start the work. Homes were built and sold to families in need at no profit and no interest. The basic model of Habitat for Humanity was begun.

In 1973, the Fullers decided to apply the Fund for Humanity concept in developing countries. The Fuller family moved to Mbandaka, Zaire (now the Democratic Republic of Congo.) The Fullers' goal was to offer affordable yet adequate shelter to 2,000 people. After three years of hard work to launch a successful house building program, the Fullers returned to the United States.

Expansion into Habitat for Humanity International

In September 1976, Millard and Linda called together a group of supporters to discuss the future of their dream. Habitat for Humanity International as an organization was born at this meeting. The eight years that followed, vividly described in Millard Fuller's book, “Love in the Mortar Joints,” proved that the vision of a housing ministry was workable. Faith, hard work and direction set HFHI on its successful course.

In 1984, former U.S. President Jimmy Carter and his wife Rosalynn took their first Habitat work trip, the Jimmy Carter Work Project, to New York City. Their personal involvement in Habitat's ministry brought the organization national visibility and sparked interest in Habitat's work across the nation. HFHI experienced a dramatic increase in the number of new affiliates around the country.

Through the work of Habitat, thousands of low-income families have found new hope in the form of affordable housing. Churches, community groups and others have joined together to successfully tackle a significant social problem―decent housing for all. Today, Habitat has helped build or repair more than 600,000 houses and served more than 3 million people around the world.